Trainin' in a Winter Wonderland

Story:
This is much more than a simple graphics hack to add snow. This game takes place the same year as GSC, just later in the year. It assumes that the events of GSC (the radio tower take over, gyrados and all) took place that summer, so the major events will be different, and more holiday themed. Since this is part of what I'm calling the "Johto Legacy", I like to think of this as something of an "alternate third version", sort of like Crystal, Platinum, and Christmas themes all mixed together.

- Major events changed to holiday themed ones
- New tilesets to give it a snowy winter feel
- Map updates to take advantage of more map block availability
- New Pokemon added (from other gens)
- A new move
- New items
- Ice sliding on frozen lakes, not just in icepath
- A few references to other Skeetendo hacks you might catch (including hints at the prequel)
- New locations
- Some wild pokemon location changes, some are the same
- Some trainers changed, several the same
- Lots of events have been redone, removed, added, etc.
- Some trainer classes have been changed
- There have been changes to the Elite Four
- Viridian has a different leader
- Game corner prizes (Johto and Kanto)
- More


Trading
You can catch Trade Evolutions in Cerulean Cave, but if you have VBA link you can trade still. While Pokemon centers are only one floor, there is a Global Trade Station on South Isle allowing you to trade.

Just like Platinum, the player is dressed for cold weather

Kanto also gets an update

Pokecenters get an update as well. Melash is also using this tileset for his Pokémon Hack.

Things have changed, even before you leave home.

Route 45 anyone? (You cannot surf from there, though. The water is on a different level than you.)

A taste of the new update. Increased continuity with the upcoming prequel.

Continuity addition. This house belongs to the player from Spirits and Legends.

Hmm, I can't imagine what this place would be.

Another Sterling Silver reference, Zigzagoon and Linoone are here now!
And there is a surprise related to them, too.

I had forgotten to rename this route in the last version, so that's been fixed.
It's been redesigned too! Wonder what South Isle itself is doing.

Well, we can't go through that cave yet.
And what are Team Rocket doing here?

There's obviously something Rockety going on at South Isle.
Could this have something to do with why Jasmine is taking so long to return from her trip?

Here is a banner you can put in your signatures, (on forums that have them) or you are free to make your own. I just put this together because I realized I hadn't made one!

Those trainer changes probably wouldn't be too time consuming, although it would make the swimmers on sea routes (who are currently standing around on docks talking to people) seem out of place, since you can't skate on the ocean :p Also a lot of them are inside now. But I guess we'll just have to see.
_ _ _ _ _ _ _ _ _ _ _ _ _ _ _ _ _
My Hacks:

Is it possible to make a winter themed textbox, Mateo?

I think the text boxes look fine personally, but that's just my opinion 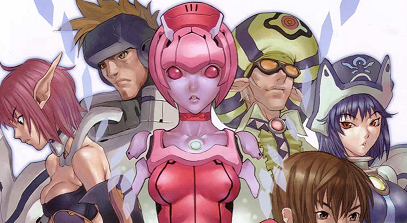 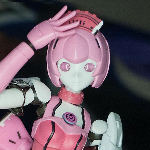